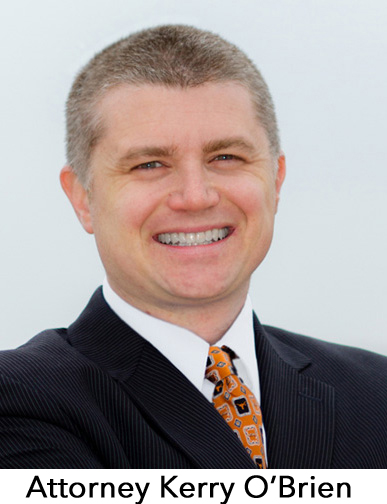 Now, I’m so glad you found this page before filing a TWC Wage Claim. We aren’t going to tell you not to do so – we don’t know the specific details about your situation, and TWC Wage Claims can be useful in some situations.

But if your claim is for a meaningfully large amount of money – perhaps $10,000 or more – you should talk to a board-certified employee rights attorney before filing your wage claim. Why? Simply put, it may turn out to be a poor way to try to attempt to recover a meaningful amount of money.

First, what is a Wage Claim?

A TWC Wage Claim is a process by which you ask the Texas Workforce Commission to decide whether you have a legal right to unpaid money from your current or former employer. If the TWC ultimately determines you are owed money, the TWC may also have authority to force the employer to pay up. You initiate a TWC Wage Claim by filling out this form, getting it notarized, and sending it to the TWC, along with relevant documents for your claim. The big thing about TWC Wage Claims is that you can only claim unpaid wages from the previous 180 days. If, for instance, you wait more than 180 days to file a Wage Claim for your final paycheck, you have probably lost your right to recover that through a Wage Claim.

The initial investigator sends a notice to the employer and gathers

information and documents from both sides. The investigator will then issue a Preliminary Wage Determination Order (PWDO) that says how much the investigator determined that you’re owed – or that you’re not owed any money at all. Either party can appeal that PWDO, in which case a telephone hearing is set with the Special Hearings Department at the TWC. A hearing officer will hold a telephone hearing where you present your evidence (documents, witnesses and your own testimony) and question the opposing party’s witnesses. The employer does the same in their defense. The hearing officer will issue a formal written decision. That decision can be appealed to Commission Appeals, who, in most cases, simply reviews the hearing recording and evidence from the Special Hearings Department. After that, either party can seek “judicial review” in court. There are a lot of considerations and conditions that apply as you appeal to the next level, so if you are thinking of doing so, don’t let this brief blurb on the process be all you review.

Sometimes Wage Claims can be useful, and sometimes they can be harmful – or at least, they can leave you short-changed.

So when should I file a Wage Claim?

Of course, we can’t give you a black-and-white rule for all situations and cases. However, in our experience, TWC Wage Claims can certainly be useful for:

Why can a Wage Claim be useful in these situations?

1. It’s free.
2. The Wage Claim process is designed to be DIY (although laws and regulations do apply to the procedures and decision making).
3. You don’t have to go anywhere, like a courthouse (appeal hearings are by phone).
4. You don’t have too much to lose if the TWC screws up in their decision.
5. The TWC has ways to leverage an employer to pay once the decision is final.

When might the TWC Wage Claim not be the best option?

If you file a Wage Claim for unpaid overtime, you’re likely to get short-changed even if you prevail. First, you can only claim up to 180 days in the past on a Wage Claim. With an overtime lawsuit in court, you can claim 2 years of back overtime wages, and potentially up to 3 years. In addition, the TWC only has authority to determine your actual unpaid overtime. In court, federal law allows you to potentially recover double your unpaid overtime (it’s called “liquidated damages”), plus attorney fees and costs. Lastly, TWC Wage Claim hearing officers, on average, simply don’t have the depth of experience with evaluating sometimes complex legal issues that go with what otherwise seem like a simple overtime claims. Judges, and especially federal judges (in my experience), are more likely to make decisions that are consistent, appropriate and based on the proper legal principles for the payment of overtime wages.

Also, if you DIY your overtime claim through a Wage Claim process, you may not recognize additional overtime pay that you are owed from that work situation. An experienced employee rights attorney can figure it all out and see more than you’re seeing. Therefore, if you have any unpaid overtime claim, definitely speak to a board-certified employment attorney first. Give us a chance to get you the best result for your hard work.

If you have a meaningfully sizable claim for an unpaid bonus, or unpaid commissions, you may not want to pursue it through a TWC Wage Claim. The reason is technical, but still let me try to explain.

The TWC uses laws and rules through what’s called the Texas Payday Act. These rules only apply to claims for wages through a TWC Wage Claim process. Courts instead use, for the most part, prior court cases to decide whether wages, bonuses or commission are owed. As a result, the reasoning process of the Texas Payday regulations vs. the reasoning in court cases can be different, sometimes very different. And sometimes the TWC reasoning is just ridiculous.

Case in point: One of our clients was a salesperson, working solely on a commission basis. Before he quit, he closed a couple of sales from which he earned his typical commissions. However, the deal between him and the employer was that the employer wouldn’t pay him until the customer paid up on the sale. Our client understood that and was fine with it – the employer needed to confirm the customer’s payment in hand before he gave our client his commission. But, after he quit, the employer refused to pay him his commissions due on those final, closed sales — even after the customers paid up. Before contacting us, he filed a TWC Wage Claim. The result? The TWC said that he’s not owed the commissions, because the deal was he was paid when the customer pays up, and since he no longer worked there when the customer paid up, he no longer got the deal. It’s ridiculous – of course he should be paid the commissions. He did the work – otherwise, what was the point of his work in the last few weeks of employment? Just think how employers could screw commission-only employees out of their last few weeks of pay on this reasoning.

Fortunately, the client contacted us while there was still time to pull out of the pending Wage Claim process so that we could file his case in court. What is a court likely to do? Say that he has earned the commissions – and it’s actually a pretty easy decision for a court. The employer breached the agreement, he provided the service, he has a right be paid the agreed commission. Simple. But the TWC does not use the often common-sense legal principles that have been developed over decades by our Texas courts. Therefore, in a Wage Claim process, you can easily get a wacky decision like this.

180-day deadline
Also, as I said earlier, TWC wage claims must be filed within 180 days of the date the pay was owed and not paid. So you may have already missed that deadline. Or, only part of your claim is within 180 days. You don’t want to leave the other portion behind just to use the Wage Claim process.

With all that said:
There have been instances of Texans losing tens of thousands, perhaps hundreds of thousands of dollars because they chose the DIY TWC Wage Claim process instead of getting the advice and help of an employment attorney and going about it a different way. Don’t let that be you – let us do what we have been trained to do to try to get you the best result for the work you’ve put in. By the way, I, Kerry O’Brien, am a former TWC unemployment hearing officer, and have handled dozens of TWC wage claims through the years.

I already filed a TWC Wage Claim. Am I stuck with that?

Not necessarily. Give us a call, set up a free phone consultation or send us an email. It’s possible that if the process at the TWC hasn’t gone to a final decision (where there is no longer a chance to appeal), you might be able to get out of it. Whether that’s the best thing for you under the circumstances requires talking with a Texas employee rights specialist like Kerry O’Brien.

Nervous about calling an attorney about this?

This may be the first time you’ve had to contact an attorney. The O’Brien Law Firm of Austin and Dallas gets that. We make it easy to have a free, low-pressure call with a board-certified employee rights attorney, so that we can see if we’ll be able to help you. Our goal is always to improve your life, and if there are better options to get you more money that you’ve earned, and that is a good route for you considering your circumstances and goals, then we’ll talk about that and see if we can help. And if a TWC Wage Claim is the best option for your situation, then we have no problem with you going that route. It’s about what’s best for you.

Call the O’Brien Law Firm NOW at (512) 410-1960 or fill out the form below so that we can get to know you and your situation. Your information is confidential and the form submission goes directly to me, Kerry O’Brien, for my personal review.

“On a side note, I am proud of what you do for others, I know it’s tough work and long hours but without someone like you, lots of folks would just be victims”

Happy Unpaid Overtime Client (over $100K recovered for client after attorney fees and expenses) 2017
Call us today: (512) 410-1960 Leave us a message
Contact us for a Consultation
O’Brien Law Firm wins settlement of $200K unpaid sales commissions claim on eve of trial March 01, 2022

In February 2022, just before a sales representative and his former employer were about to start a jury trial over his claim of over $200K in unpaid sales commissions, the parties settled the dispute on confidential terms. In that case, Cause No. 19-E-0107 in the 130th Judicial District Court of Matagorda County, the sales rep […]