Texas Board Certified in Representing Employees. 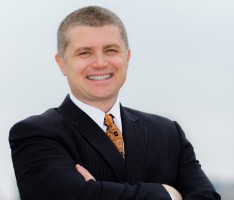 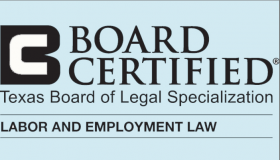 KERRY V. O’BRIEN is a former Assistant Attorney General for the State of Texas, litigating work injury cases at the administrative, trial, and appellate levels from El Paso to Amarillo to Houston, and everywhere in-between. He has seen a heck of a lot of Texas and is familiar with local courts around the state.

Kerry is also a former unemployment hearing officer with the Texas Workforce Commission, and is considered the go-to lawyer for unemployment regulations questions and insight by many employment lawyers around the state. (However, Kerry no longer handles TWC appeals cases.)

Just prior to starting this law firm, Kerry served as a litigation attorney and city prosecutor through a law firm for many cities around central Texas, including Leander, Kyle, Manor, Jonestown, and Lago Vista.

For the past 13 years, Kerry has been in solo practice with the O’Brien Law Firm, taking great pride and pleasure in representing Texas employees who need to leverage the value of a great lawyer in their employment disputes. He is Board Certified in Labor & Employment Law through the Texas Board of Legal Specialization, and was re-certified as an employment law specialist by the TBLS in 2021.

From 2011-2014, Kerry was the featured speaker on Employment Law for the annual People’s Law School, sponsored by the Austin Bar Association. In May 2014, he presented “In the Mind of a TWC Hearing Officer” to the Labor & Employment Section of the Austin Bar. In January 2016, he spoke at an employment law conference in Dallas on “Winning Unemployment Appeals” to attorneys from around the state. In April 2016, he presented at the 2016 Texas Poverty Law Conference in Austin to lawyers from around the state who help low-income Texans, on how to win unemployment appeals. In September 2018, Kerry participated as the “employee’s attorney perspective” on an ethics panel presentation with the Austin Bar Association Labor & Employment Section, about properly identifying and handling client representation issues in the context of employment law matters.

Kerry is a 2002 graduate of The University of Texas School of Law, where he was active in competitions that taught him how to win cases at trial. He also received his undergraduate degree from the UT Austin School of Music, getting a degree in Music Theory with a concentration on classical guitar performance. (He most certainly can play Stairway to Heaven, but will not do so on demand, sorry.)

He is licensed to practice in all Texas state trial and appeals courts, all four Texas federal court districts, and the 5th Circuit federal appeals court. Kerry volunteers to judge mock trial and debate competitions when he can. For 6 years, he was a youth mentor for children with a parent in prison through the Seedling Foundation, and still continues to financially support that great organization. Kerry has been married since 2001 and has three boys, and is still active as a musician and songwriter. Some of his music projects can be heard on Soundcloud under his SPACIOUS ANGELS solo project moniker, and he currently plays in the rock band Book of Change.

The firm is also a monthly financial supporter of CRU (formerly Campus Crusade for Christ), the Navy-Marine Corps Relief Society, the Semper Fi Fund, Refugee Services of Central Texas, the American Civil Liberties Union, the NAACP Legal Defense Fund, Austin Mobile Loaves & Fishes Community First homing initiative, and WorldVision (sponsoring a precious girl in Tanzania for many years). Using the firm’s successes to help great organizations in the community and the world is one way to make good things come from difficult situations. That’s the goal with every client that Kerry helps.

Well, I can’t tell you enough […] what a tremendous person you are both on a personal level and professionally.  Your ability to out-think and out-maneuver […] THREE attorneys single-handedly is right up there with Andrew Luck’s ability to make up a 28-point deficiency in his ball game and win the thing.

One job position commonly treated as exempt from overtime, but which appears to be non-exempt under the law (must be paid overtime pay), is a CAD (computer-aided design) drafter. CAD drafters typically use programs such as AutoCAD, IntelliCAD, and Siemens Solid Edge. While CAD drafters typically work on technical designs for complex machinery and structures, […]

On May 18, 2022, the O’Brien Law Firm filed suit in a Travis County court on behalf of a former employee of an Austin-based technology startup geared towards governmental entities. The employee was laid off, but the company failed to pay his promised bonus for the 4th Quarter of 2021. At first, the employee’s manager […]